I have a WD Elements 2TB external hd that just stopped working. I opened it since I saw in some vlogs that my PCB might be broken, and so it is by the part where you insert the cord.
WD Element 2TB
S/N: WX11AA854LXT
MDL: WD20SMZW-11JW8S0
Can it still be fixed? Can I just a new WD Elements 2TB and replaced the broken one?
Is there any way that could recover my files (pics and videos).
How much would it be and what to do if ever? 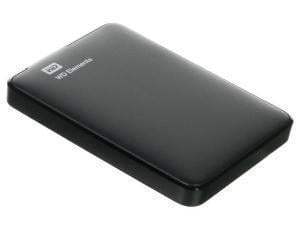 I have a WD My Passport External Hard Drive on which I transferred a lot of photos and files on to a while ago from my Desktop PC. Recently I tried to access the Hard Drive via my Laptop but nothing happens. All I get is a whirring sound from the External Drive together with a loud “clicking” noise. I am based in Kent and I would like to access the files and photos and was wondering whether you would be able to investigate the problem with my External Drive.

I have a Seagate 2TB HDD (Seagate ST2000DM001) that suddenty stopped working one day to the next.
The symptoms are, starts spinning up on PC boot, 2 clicks, then stops spinning and doesn’t resume.
HDD not visible in bios or device manager. I’m located in Reading near Kent.
Data is important to me so would like to enquire on possibility of recovery.
Most important is my Pictures folder with years of travel snaps.
A folder called Cordova in Documents which is my work webdev folder for apps
and a folder called Creative Animal in Documents with all my company work sources files.

I have a solid-state hard disk drive which is no longer functioning. It is a Samsung PM851 mSATA 256 GB. I think there may be some physical defect preventing correct operation, is this the sort of thing that you would be able to deal with? I would be interested in receiving a list of directories and files found to see what can be recovered.