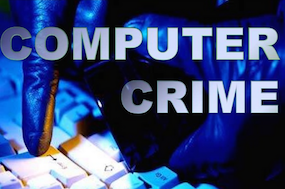 Computer crime, otherwise known as cybercrime (see here for definition) accounts for a large amount of illegal activity. My laptop was working fine up until quite recently when it was snatched in a robbery. The police were able to recover the laptop for me but when I switched it on, it froze and I turned it off and was getting an error messaging saying ‘Operating system not found’. I had it checked by a local computer company and they say it’s the hard drive that has failed and they can’t fix it. I’ve had the laptop repaired with a new hard drive installed so I can use it again, but if possible I would like to recover as much of the data from the old hard drive as possible – family photos, company accounts (I run a small business) and other information accumulated over the years. It’s a Sony Vaio laptop, and because the computer was damaged during a robbery attempt, I’d like the data recovered using forensic methods so that the crime can be prosecuted at a later date.

I’m seeking to retrieve data (texts/photos/ contacts from my Samsung A3 (still under warranty) that was stolen. I want to avoid getting it all wiped in order to restore access to the computer phone, but I want to prosecute the people responsible for stealing the crime. I’m therefore looking to recover the data so that any submissions required to a legal court are handled in the proper manner. Problem arose when I was suddenly unable to get into it: the device claims (wrongly) that the password I used to open it was incorrect. Visiting Samsung support service at Wembley today; I was told all they could do meant wiping all data; I was advised to look on the internet for a data retrieval service. I can bring phone to a data recovery company on Lombard St. in London to forensically retrieve the data. Phone became slow lately in showing body of new emails – maybe insufficient space?